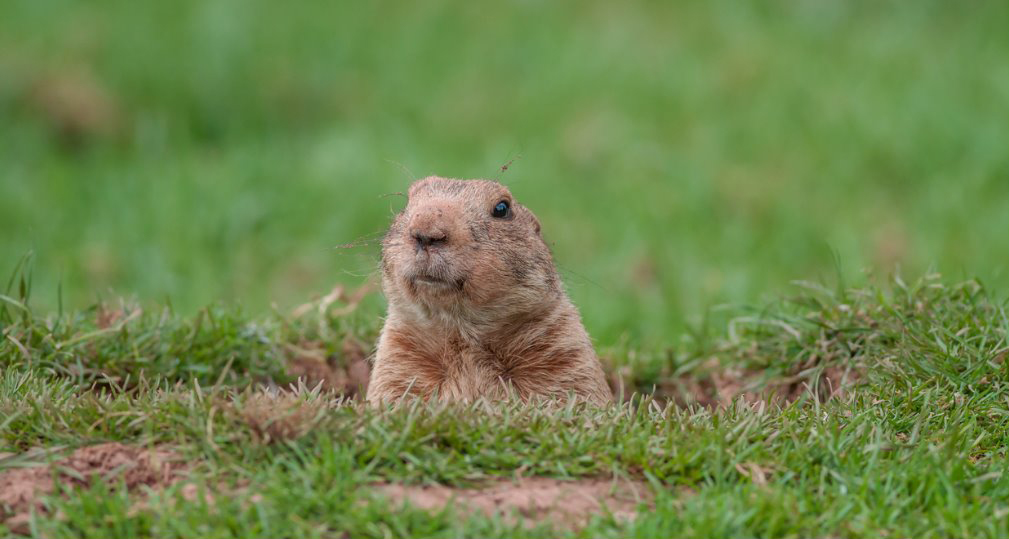 If you answered yes to any of these questions, you have probably experienced Groundhog Day issues at work.

Groundhog Day issues are everywhere in our corporate culture no matter the size of the organization or industry that you work in. Groundhogs invade our homes and our personal lives. I have heard and seen groundhogs in pretty much all organizations I have worked with, and I will admit to having a few running around my house too.

What I can say from experience is that groundhogs typically exist in one of two general breeds.

Let me explain these two breeds and how you and your team can prevent these issues from becoming groundhogs.

Ideas, Projects or Initiatives with No Defined Actions

Most teams and companies have projects that they have never gotten to. People do too. (I have lots.) Let’s be realistic, it is not possible to attack all projects at the same time both in your professional life and in your personal life. If you wake up on New Year’s Day ready to work for your next big promotion, train for the Iron Man, write a book, and find the love of your life—wow, good on you! But, most of us need focus to push forward the things that we REALLY want. I have tried to attack too many goals at the same time many times—and it typically leaves me frustrated, exhausted and with only incremental moves forward on too many goals (that I probably won’t finish anyways). My experience is that moving one or two goals forward in a big way is far more rewarding.

It’s ok to have projects or initiatives that are good ideas that you plan on doing or at least plan on planning on doing or even plan on thinking about planning on doing that are not started yet. BUT it is not ok to let these ideas morph into Groundhogs. Even brilliant ideas can turn into groundhogs if you let your team talk about them too much without deciding what to do about them.

By letting these issues turn into Groundhogs, they become:

So how can you stop ideas from turning into Groundhogs?

The solution is to decide and document. You need to document how you are going to deal with the idea or initiative before it becomes a Groundhog. You could document with your team or else communicate how it will be addressed to your team through email, project files, a whiteboard, or whatever. The point is that you need to put it in writing. This will immediately stop the Groundhog from growing.

Through your decision and documentation process, put your ideas into the following buckets to prevent them from becoming Groundhogs:

This second group of groundhogs may be harder to see than the first group, but these groundhogs are typically everywhere especially in larger organizations.

Companies are just groups of people. Companies, like people, make decisions or take stances on topics. Unlike many of our personal decisions, in our work life, decisions often impact many people. The decisions could even impact the company long after you or the person who made the decision has left the organization.

In many cases, understanding the logic, rationale, reasons or context behind the decisions made is important for people within the company, especially those that come into the company after the person who made the decision has left. These reasons are important for preventing unnecessary rework or re-analysis.

Here are some examples of positions, stances and decisions that you may see in your own organization:

So how do you prevent these decisions from turning into groundhogs?

Again, you need to document the logic, rationale, reasons and context for why the decision was made. Not documenting a stance or a position is leaving information locked in people’s heads. It is normal to find a bunch of groundhogs running around in areas where no one knows why things were done a certain way.

In my experience, especially with larger organizations or public companies, documentation to support why large decisions have been made—such as acquiring a new company, making a new investment, pursuing a new market, or changing the name of the company—can be easily found in Board Minutes and other analyses or more formal company records.

However, it is harder to find documentation for other subtler areas where the position or stance may have grown iteratively through a series of smaller decisions. These issues are more likely to turn into groundhogs.

Positions, stances or decisions can be documented through a few different methods:

I know that this might sound hard to take, but it is better to be “wrong” about your stance on certain topics, than to let Groundhogs breed. If your articulation or analysis has flaws including wrong assumptions, the documentation process through feedback will find these flaws. This will force you to understand the issues better. Being clear and driving your team to have a better understanding of the topic is more important than “never being wrong.” People who are worried about “never being wrong” are never really all that right either.

Squash the Groundhogs and Have a Great Day at Work!

If you have seen the movie, Bill Murray (as Phil Connors) jumps off a building, throws a plugged-in toaster into his bath, and drives his car into a moving train.

The point is: Groundhog Day is not fun. He wants out of the time loop.

Your work day should be a new adventure and a chance to push new things forward. Don’t let groundhogs get in your way. Squash the Groundhogs, bop them on the head, and wake up to a new work day. Don’t let your work day be Groundhog day.

Have you heard or seen any Groundhogs at work? I’d love to hear more about your experience. Do you need help squashing some groundhogs through effective documentation practices? If so, Risk Oversight would love to help you. Contact me at adrienne@riskoversight.ca.